The job listing for principal at Mannheim Middle School in District 83 immediately drew the attention of former student Tom Herion.

“I looked at my wife. I’m like, ‘I have to apply for this job,’” Herion recalled.

Herion, now in his first year as principal at Mannheim Middle School, grew up in Melrose Park and attended the school in the early 90’s.

“The foundation of me being here today was built upon the foundation of amazing educators who believed in me and for the opportunity for me to come back and work in this community and serve a community again that served me,” Herion said.

Herion acknowledged being “mischievous” in middle school, which led to an in-school suspension. He mentioned a graffiti incident that resulted in him cleaning the walls of the school.

But he said certain staff members never gave up on him and how one assistant principal in particular helped him find direction.

“You have that strong relationship of someone like Mr. Bogren looking at you dead in the eye and saying, ‘you’re better than this,’” Herion said.

Steve Bogren, West40’s Senior Director of Comprehensive Educational Services, served as an assistant principal during Herion’s time as a student at Mannheim.

“Tom had a challenging amount of energy as a student and I see that he has channeled that energy into something positive,” Bogren said. “Seeing him as an administrator in the same district where I was once one, is something special. I am so happy and proud of him. I’m just glad I had a small part in his journey to this point.”

Herion started his education career at a therapeutic high school in Aurora. He also taught social studies and English to middle school students in Elmhurst before becoming an assistant principal there and later a school principal in the north suburbs.

Now at Mannheim Middle School, Herion said he uses his experiences of growing up local and in a working class family as a talking point with current students.

And his goal is for a current eighth grader to one day become principal of Mannheim Middle School.

“I want to continue to have that cycle of homegrown administration and there’s something to be said about our community doing that,” Herion said.

Mannheim Middle School is a partner with West40 in its Alternative Learning Opportunities Program (ALOP), where students who may struggle with academic or attendance issues receive support from advocates. 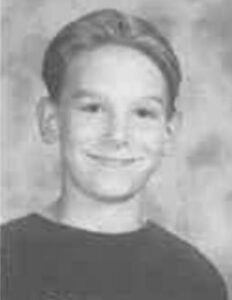 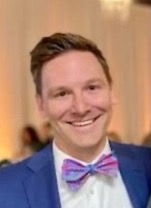 MORE
STORIES
See all the ways that West40 is helping to transform the lives of students, families, teachers and administrators in West Suburban Cook County.
VIEW MORE STORIES